On the network from March 15 to May 15 2012- To interact continuosly and directly with its followers ContestaRockHair decided to hold its first (and not last) graphics contest on the internet over the last few months. This event started and grew only on the web, based on the interactivity and virality of the social networks. It’s been an open call to anyone who had ideas for a t-shirt design inspired to our logo. By simply downloading an app our fans were able to create images of their ideas and post them in a gallery on our facebook page. The only conditions on participation were to have an active facebook account and to be fans of ContestaRockHair. ContestaRockHair, with respect to the web’s democracy, submitted the decision to its fans who, with their “likes”, unquestionably decreed the best t-shirt. The contest has been online for two months (march 15 to may 15 2012) during which we interacted with our fans by continuosly updating the top ten ranking and giving the participants the chance of gaining more “likes” by posting, voting and commenting in perfect facebook style. The price for the winner was giving him the emotion of having created something real for our brand: the winning t-shirt will infact be our staff’s 2012 uniform in our salons worldwide. It will be manufactured and sold in our salons in small numbers guaranteeing the must have effect of limited editions. 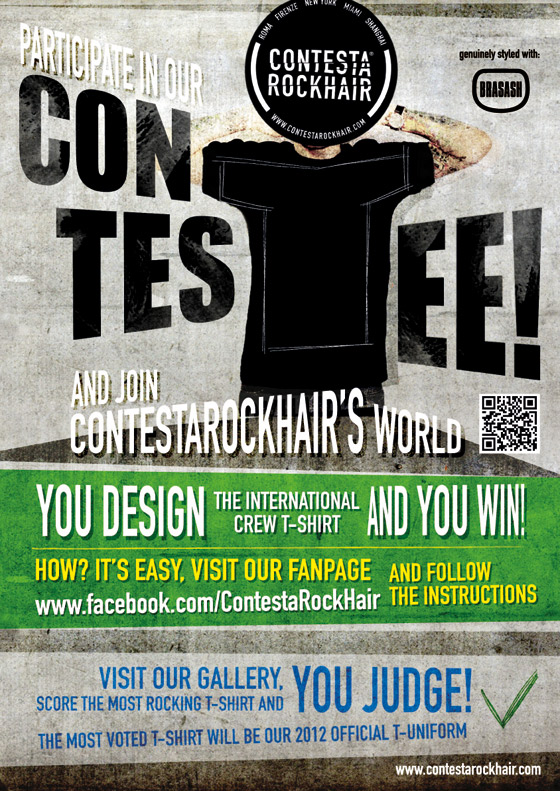