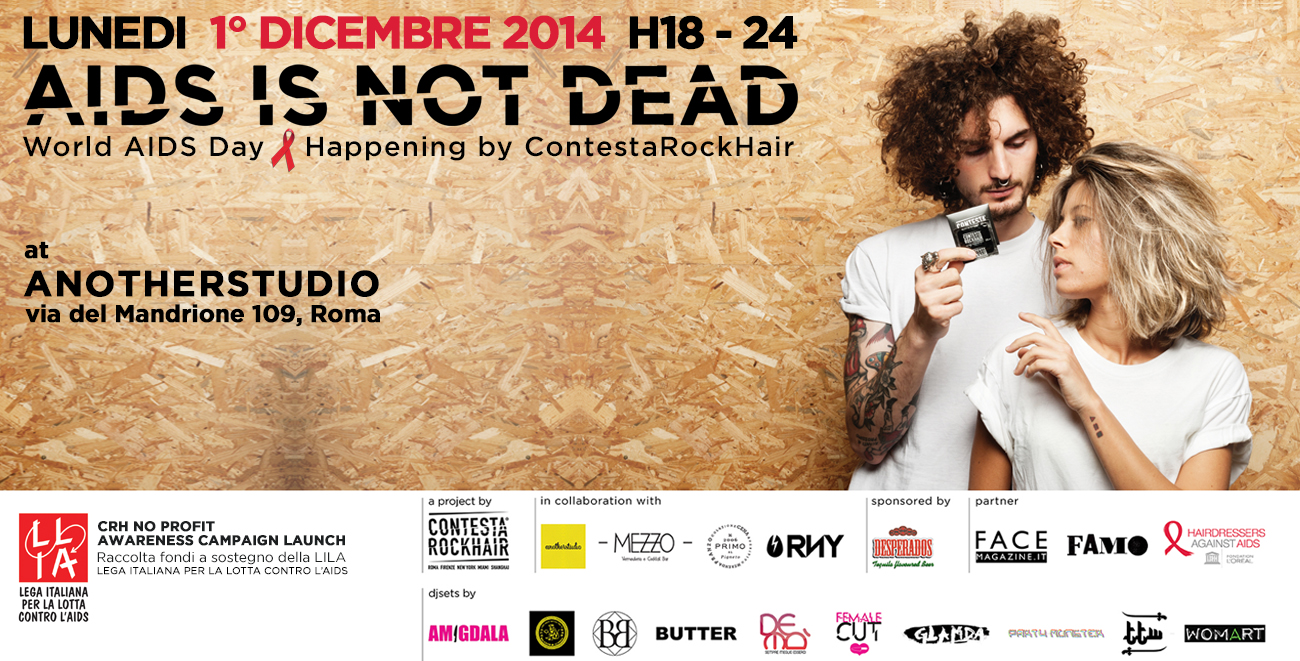 As every year on the occasion of World AIDS Day, ContestaRockHair launches its awareness and fundraising campaign #AIDSISNOTDEAD.

During the month of December 2014, in all ContestaRockHair salons in the world, the CRH condoms will be distributed with the aim of raise funds for LILA – Italian League for the Fight against AIDS.

On Monday, December 1st, at the loft of AnotherStudio in Rome, the launch of #AIDSISNOTDEAD 2014 will be celebrated during an explosive happening built with the collaboration of an amazing network of creative partners, and everybody will be invited to participate in the annual PHOTO CALL: BE OUR TESTIMONIAL > JOIN #AIDSISNOTDEAD!

THANKS TO OUR BELOVED PARTNERS: